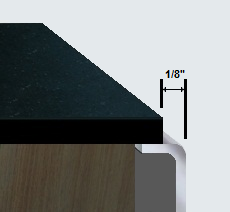 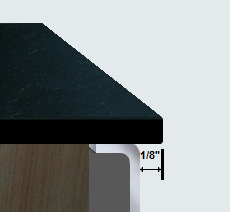 So to recap...  You have three choices for a reveal for an undermount sink.  Positive, negative or zero reveal.  Keep in mind, the reveal doesn't have to be 1/8 of an inch...  You can specify what that reveal is, but usually doesn't exceed 3/8 of an inch.  Best time to talk about this is during the countertop template.  If you have more questions, send us a post.